Well, times at present are uncertain and with a great deal of unease in the air many are finding themselves with the unprecedented notion of social distancing. Suddenly there is time on hands and with it, the need to fill the screen. So, today, I give you some great TV series to watch while following ‘self-isolation’ or ‘social-distancing’, all from someone who already does much of this themselves through no choice of their own. I guess you could call me skilled in this department.

Let’s get on with the show… 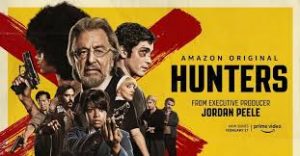 Staring Al Pacino, Hunters, is a drama inspired by Nazi hunters and US operation Paperclip, relocating German scientists to the US after the second world war. 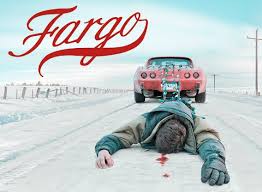 Inspired by the Coen brothers 1996 movie of the same name, Fargo is a black comedy crime tv series where each series is set in a different era, following a different plot-line. Currently, three series are available with an outstanding cast list and multi-award winning series each time. 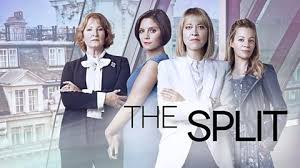 The Split is a British TV legal drama set around the Defoe family and their law firm. Viewers quickly learn a side plot is a decision Hannah, one of the main characters, must make within her marriage. 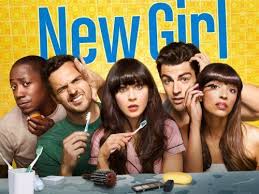 A Funny, light-hearted comedy which is very easy watching and easily lifts spirits.

“After a bad break-up, Jess, an offbeat young woman, moves into an apartment loft with three single men. Although they find her behavior very unusual, the men support her – most of the time.” 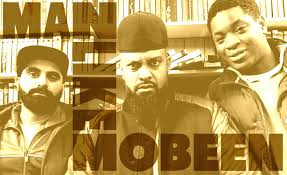 Man like Mobeen is a brilliant comedy of our time. With subtle, clever hints at current affairs tied into drama that surrounds Mobeen’s family and friends this is a wonderfully warm comedy.

“All Mobeen wants to do is follow his faith, lead a good life and make sure his sister fulfils her potential. But can he juggle this with his criminal past always chasing him?” 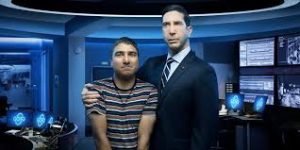 If you’ve been missing comedies with dry humour then worry no more. With a return of David Schimmer, Intelligence shows a comedic look behind the scenes in the UK’s intelligence agency.

“An NSA agent teams up with a computer analyst to form a new cyber crimes unit in the UK’s Government Communications Headquarters.”

A comedy series where Eleanor Shellstrop arrives in the ‘afterlife’ to be rewarded for her righteous life. With a great plot twist, this is a very easy watching programme. 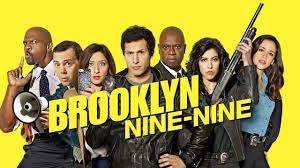 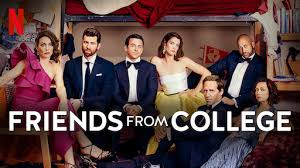 An American comedy TV series that is easy watching. We follow the lives of a group of friends living in NYC.

“Twenty years after graduation, a tight-knit group of college friends reconnects and discovers that love hasn’t gotten easier with age.”

Clever, witty and heartfelt, we follow heart broken Joy as she rediscovers life as a single woman.

“Joy is perfectly happy with her life. It’s neat and tidy and just how she likes it. Sure, her long-term boyfriend, Aidan, has left her, but Joy is fine with it. She’s certainly not suffering from heartbreak and stress-induced incontinence like canine Aidan.” 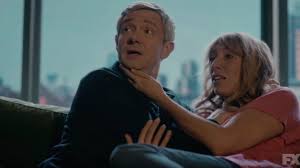 New to Sky, Breeders is a comedy all about life as a parent.

“Breeders exposes the parental-paradox that it is possible, in the very same moment, to love your child to the horizon of the universe, while being angry enough to want to send them there. Martin Freeman stars alongside Daisy Haggard.” 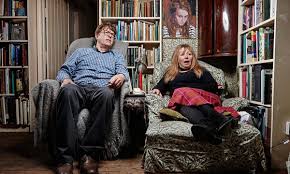 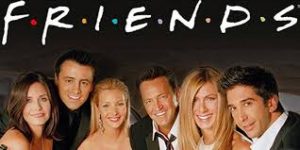 Does Friends really need an introduction? Simply put, it is one of the most watched TV sitcoms of all time. Following a group of Friends living in New York in the 1990’s. It is timeless. 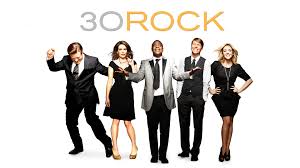 The brain-child of Tina Fey (so you know it’s funny), 30 Rock is a satirical comedy of a ‘behind the scenes’ sketch show for NBC. It stars Tina Fey and Alec Baldwin. 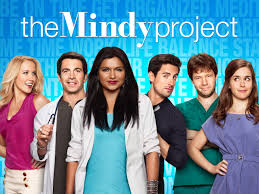 Written, created and starring Mindy Kaling, The Mindy Project is an American romantic comedy series following the life of Mindy, a gynecologist who is a true romantic at heart, with an addiction to shopping. It is funny and uplifting. 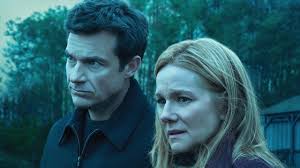 Staring Jason Bateman and Laura Linney, Ozark is an American Drama series set in Ozark where a financial advisor moves his family and starts to launder money. 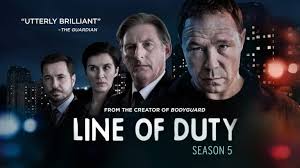 One of the ‘must-watch’ British TV drama series of the last 10 years. Line Of Duty follows AC-12, an anti-corruption unit who set out to uncover corruption within the police force. 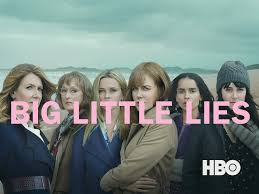 “Based on Liane Moriarty’s bestselling book, and featuring Reese Witherspoon, Nicole Kidman, and Shailene Woodley, this darkly comedic series tells the tale of three mothers whose seemingly perfect lives unravel to the point of murder.”

Staring Nicole Kidman, Reece Wetherspoon and Shaliene Woodley, this drama is a winner of 4 Golden Globes and has 2 seasons to watch. 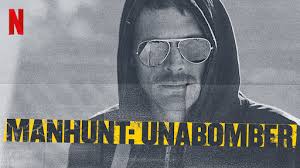 An American miniseries drama exploring the hunt for the infamous Unabomber.

“Faced with few clues and an increasingly panicked public, the FBI calls on a new kind of profiler to help track down the infamous Unabomber.”

Surely Peaky Blinders needs no introduction? If you have yet to watch this award winning series them perhaps this is the time to catch up.

Set in Birmingham, the series follows the lives of the Peaky Blinders, a notorious crime gang. The crime drama is set in 1919 shortly after the end of the first world war. The series is gritty, dramatic and highly addictive. 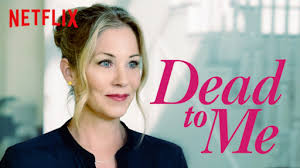 “A hotheaded widow searching for the hit-and-run driver who mowed down her husband befriends an eccentric optimist who isn’t quite what she seems.” 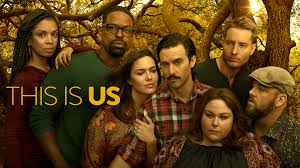 This Is Us is a powerfully heartfelt family drama that leaves you wanting more. Be prepared to laugh and to cry.

“Everyone has a family. And every family has a story. “This Is Us” chronicles the Pearson family across the decades: from Jack (Milo Ventimiglia) and Rebecca (Mandy Moore) as young parents in the 1980s to their 37-year-old kids, Kevin (Justin Hartley), Kate (Chrissy Metz) and Randall (Sterling K. Brown) searching for love and fulfillment in the present day. This grounded, life-affirming dramedy reveals how the tiniest events in our lives impact who we become, and how the connections we share with each other can transcend time, distance and even death. From the writer and directors of “Crazy, Stupid, Love” comes a smart, modern show that will welcome you into a family you feel you’ve known for years.” 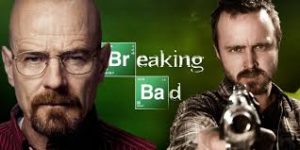 Breaking Bad was one of the most talked about crime drama’s when it hit the screens, why not catch up on it now?

After learning some unsettling news, Walter White begins on a journey that will change his life forever. 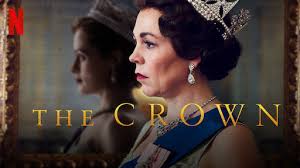 With an all-star cast including Claire Foy, Olivia Colman, Matt Smith and Tobias Menzies, The Crown is a British TV Drama following the reign of HRH Queen Elizabeth II. Highly addictive British drama that took the world by storm. 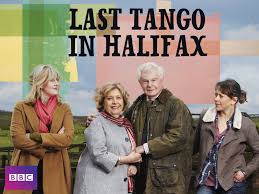 “Bafta-winning series following the surprising and uplifting journey of Celia and Alan as they rekindle a passionate relationship after 60 years apart. Their marriage is proof that, whatever your age, relationships will always be complicated.”

Orange Is The New Black 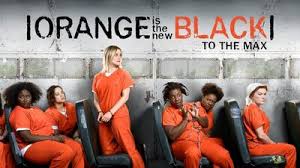 Orange Is The New Black is the definition of addictive, binge-worthy telly. Set in a female prison in the US Piper must learn to adapt.

“A privileged New Yorker ends up in a women’s prison when a past crime catches up with her in this Emmy-winning series from the creator of “Weeds.”

Orange Is The New Black 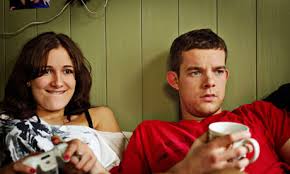 A simply brilliant British TV drama series that you simply want more and more of.

“Life and love in all its messy, lazy brilliance as Steve (Russell Tovey) and Becky (Sarah Solemani) get busy doing nothing in Stefan Golaszewski’s anti-romantic comedy.” 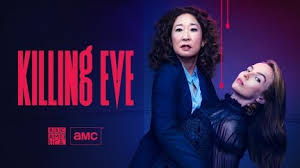 “Killing Eve topples the typical spy-action thriller as two fiercely intelligent women, equally obsessed with each other, go head to head in an epic game of cat and mouse.”

It is modern, feisty and wonderfully addictive. It always leaves you wanting more. 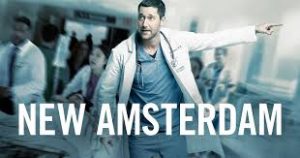 An American medical drama New Amsterdam follows Dr. Max Goodwin as he becomes the medical director of a public hospital in the USA. If you liked Grey’s Anatomy, you’ll like this. Stars Ryan Eggold. 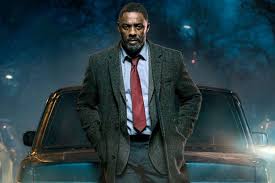 “A dedicated urban detective tries to keep a grip on his personal life while dealing with the psychological factors underlying the crimes he solves.”

If you like criminal, FBI type drama’s then you will love this. Very addictive, very binge-worthy.

New to Netflix this year, The Stranger, based on the book by Harlan Coben is very enthralling to watch!

“When a stranger makes a shocking claim about his wife, family man Adam Price becomes entangled in a mystery as he desperately searches for answers.” 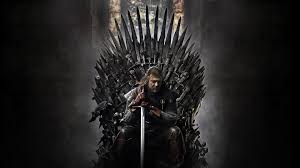 Never had time to fit in the whole of Game Of Thrones? Well, perhaps now is your chance to take in this epic TV series.

“In the Game of Thrones, you either win or you die. Nine noble families fight for control of the mythical land of Westeros.”

Now excuse me while I hunker back down under my blanket fort and try not to focus on how many hours of my life I have lost to telly.

This site uses Akismet to reduce spam. Learn how your comment data is processed.

How To Support Someone With ME/CFS