If there’s one thing we as Spoonies seem to do well it is become collectors of that that takes up our most precious time and energy: illnesses, Chronic illness.
I thought I’d take a little moment to introduce the Spoonie in me and open up about my illnesses and the order in which they appeared and were diagnosed. Perhaps we share similar stories, similar patterns? Who knows! So hello, welcome, this is me, the Spoonie me, Amy. 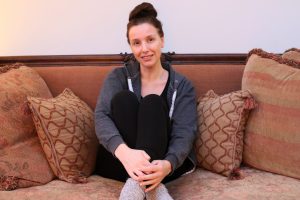 I had always been an incredibly energetic person. The type of person who never got tired, nevermind tired easily. I thrived at exercise growing up a dancer, playing hockey, netball, running, playing tennis, swimming, walking my many dogs; if there was an activity I could do I’d be doing it. 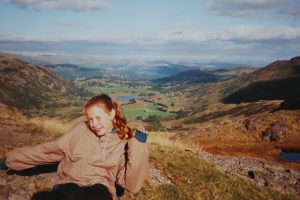 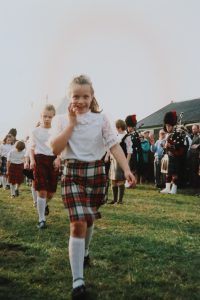 When I wasn’t being so physically active I had other hobbies such as working my way through my classical grades on the Piano, I enjoyed the creatively of it, the mental stimulation, the freedom I felt as I played music through my beloved keys. 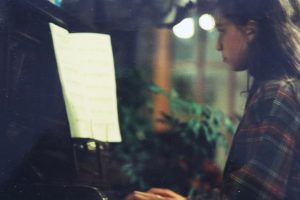 I baked, goodness did I love to bake! I loved experimenting with vegan recipes as my Dad was vegan and throughly enjoyed learning everything I could about baking and cooking from my Mum and my Gran, never mind running my fingers over the bowl of butter icing- the best part 😉 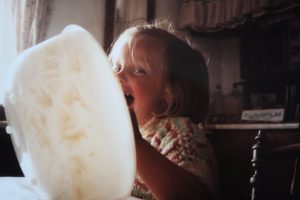 Many times over the years I heard my family refer to something or somewhere as ‘being Amy’d’. I was such a bundle of hyperactive energy that apparently I’d flitter around pulling everything I could get my hands on out as I played, my feet barely touching the ground, with this boundless joy that I’d leave a trail of mess behind me wherever I went- it was only once I’d left was family members would declare they had ‘been Amy’d’. 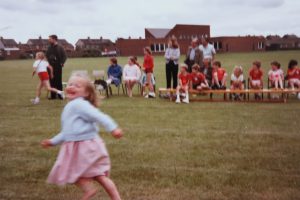 My feet barely touched the ground, that was until they did. For good

By my late teens nothing much had changed. A small drink of fresh orange juice could still make my pupils dilate and my energy sore and by the time I left home for university I was as carefree as most teenagers fleeing the nest for the first time.
My only health concerns to date had been multiple operations and antibiotics as a child for “Glue ear” and in recent years, migraines and sickness; the migraines appeared linked to my periods, the sickness exam stress.
As I said, my feet barely touched the ground, that was until they did. For good.

My first year of university studies hadn’t been as great as I hoped. The course I’d chosen was in its first year of teaching and I wasn’t enjoying it. It didn’t push me, I felt I could get a 1st without trying or truly learning and being the overachiever I am, I wasn’t happy. So after throughly enjoying the taste of nightlife Liverpool had to offer (I was 18yrs old, of course!) I chose to start afresh at Manchester Metropolitan University and was over the moon with my decision. I became settled, I was happy, I loved my course and had made great friends (friends I’d have for life) on our small little campus in our remote town in Cheshire.

The day my life changed for good

My friends and I lived in halls and as our campus was so remote our evening meals were part of the package. So nightly from 5pm we’d head down to find out what would be served up for our nightly gruel.
I remember this feeling well, simply because I’d not felt anything like it before. It was the 2nd week of January 2001 and as my friends were getting roused to head down to the canteen, I couldn’t move. I just didn’t have it in me. A wave of fatigue hit me and I chose to miss dinner. A week passed, then two and I thought it was time to visit a Doctor. It reminded me of when I’d had the flu as a teenager but worse. The Dr said it was simply a virus. Another two weeks passed. Then it was post Viral Fatigue, I just need more time to recover. So I gave it more time. I began to question myself, my fitness, by this stage the Doctor said I was fine so I started exercising more, thinking it was me, thinking I was at fault, I was unfit. But I became worse. Eventually I went home, where I became sicker. Here at home I visited my own family GP and found it had been Glandular Fever and within four months as I grew worse, I was diagonsed with M.E

My new life with M.E

I often wonder now had that first GP diagnosed Glandular Fever correctly and gave me the correct medical advice might I have avoided developing M.E?
After a 6 months leave of absence and complete bed rest, I was able to return to University part-time, my course completely changed to theoretical only, I simply couldn’t manage to Dance (I didn’t know it then but I would never fully exercise again). And it was a huge struggle, everyday but I achieved it. My life was a balancing act of rest and careful action, then rest to recover. I thought I was on my way to a life outside of University that I could coexist with my M.E but I couldn’t have been more wrong.
My final year pushed my body to the brink and once graduating and trying to work for a few months my body gave into a severe relapse, one from which I would never fully recover.

I thought that I could coexist with my M.E but I couldn’t have been more wrong

This was the autumn of 2005 and if I thought life was had been hard at this point I would be and I was in for a shock, a big shock.

I hope reading the first part of my journey has allowed you to feel less alone in your own journey or indeed aided in your awareness, I’ll be back with Part 2 soon, trying to keep it short and to the point (which I’m sure you can appreciate it is not easy to consolidate 18 long years!). Thank you for taking the time to read this and to get to know this massive part of my life and in doing so, get to know me all the more.

If you’d like to understand more about M.E please check out the following link What is M.E/CFS?

What is a Spoonie?

All the fun at Inglot! Searching for last minute christmas gifts? Look no further...

This site uses Akismet to reduce spam. Learn how your comment data is processed.

Covid-19 Vaccine – My Experience As Someone With Chronic Illness

My Story With M.E

Coping Tips – Learning To Cope And Adjust In These Difficult Times